He is one of the most talented and hard working professional actors in Mexico. He frequently portrays the “bad” guy in Telenovelas but in real life he is one of a kind!

Roberto Mateos, who has been the leading (antagonist) man in Telenovelas such as “Milagros”, “Mas sabe el diablo”, “Las Buchonas” and “Mi corazon insiste” is an incredibly gentlemanlike, unpretentious and lively human being. No matter what he does, he will always put all himself in it.

He now plays the role of ‘Epigmenio Moncada’ in the crime drama television series “El Dragon: Return of a Warrior” on Netflix.

I had the honor of interviewing this legendary Mexican actor, on Anna Krith’s Lifestyle, and talked about not only his journey in Telenovelas, but also about his most challenging moments in life. In addition to this, he commented on season 2 of “El Dragon” and answered if he would run for Mayor.

A: You have played in a lot of Telenovelas such as “Las Buchonas”, “Mas sabe el Diablo” and “Mi corazón insiste”. Now, you portray Epigmenio Moncada ​in the crime drama television series “El Dragon”. How do you feel about it?

R: I am really excited about it. As for my role as Epigmenio Moncada, I have to say that he is a very bad guy. He wants to control everything (laugh). I have to admit that it was a big challenge with many hours of work and a lot things to memorize. Indeed, it is one of the best characters I have portrayed in my career. 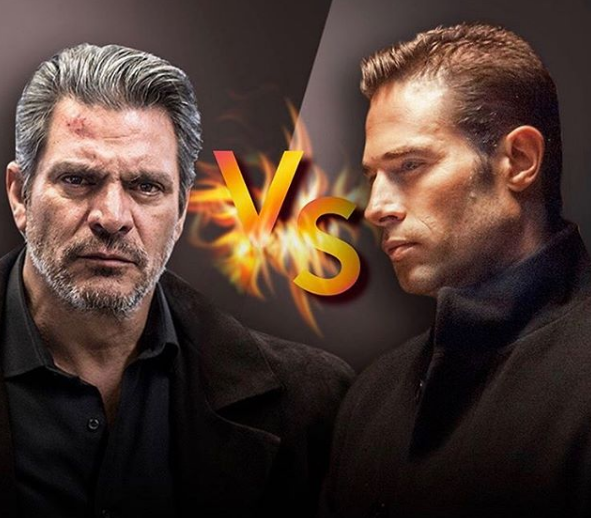 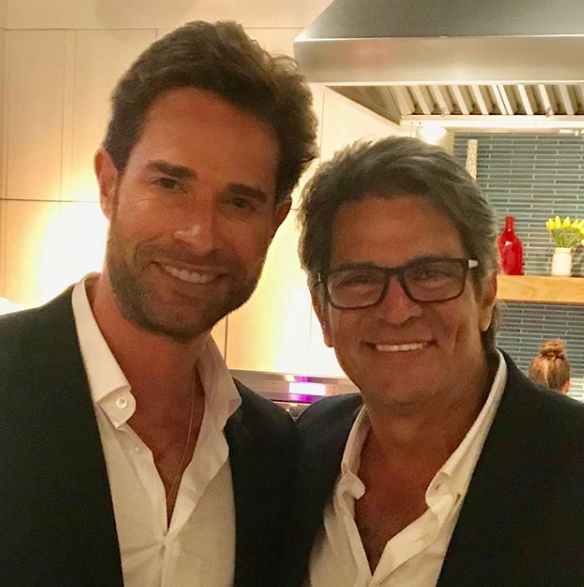 A: Who is the most funniest on set and you love playing with him/her?

R: Well, on the set we have many people who are really funny but I will choose Edison Ruiz (Tacho). I spent a lot of time with him and we became very good friends. Through this journey we had a lot of fun shooting together! It was really nice! 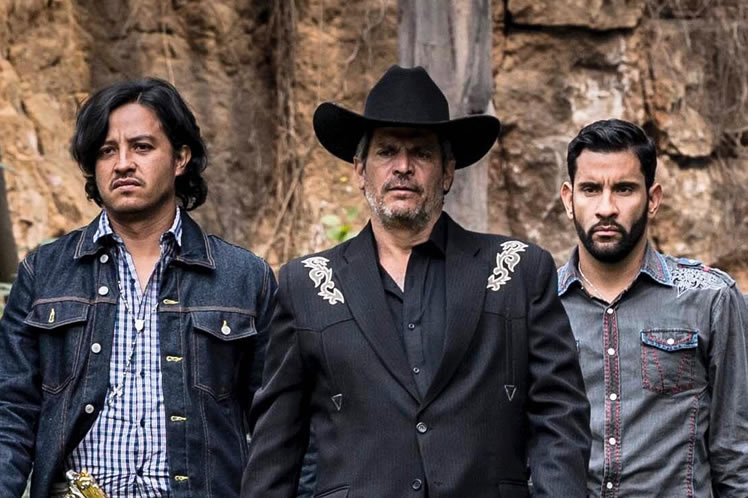 A: What to expect from you, on the second season of “El Dragon”, which would be released in 5 months?

R: Well, I will only say that if you hated Epigmenio on the first season, you are going to hate him even more! (Laugh). 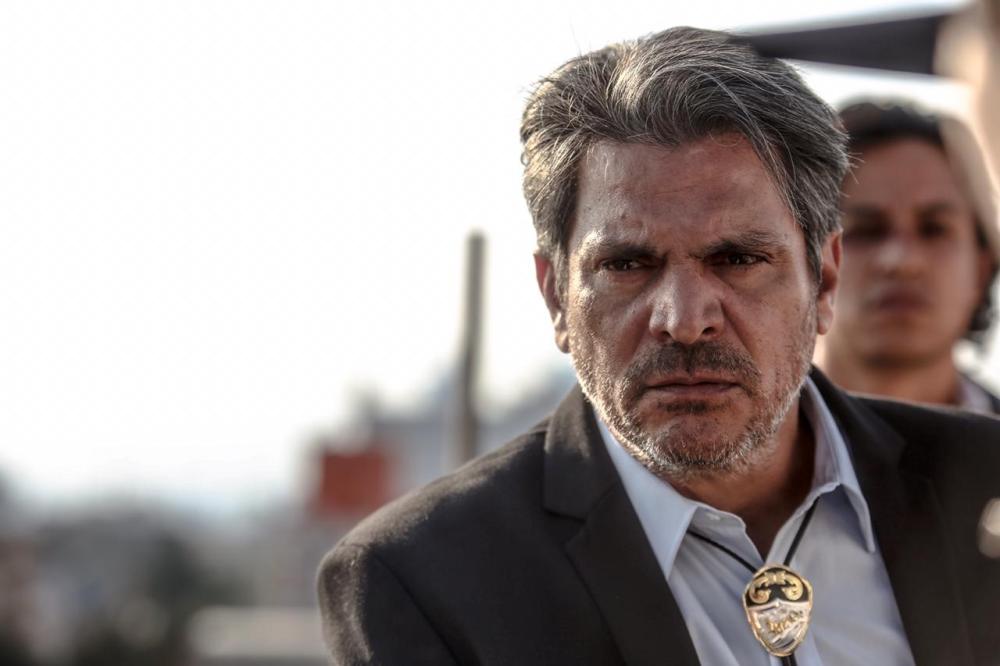 A: I have noticed that most of the times you play the bad guy. What is your ultimate role so far and what would be the ideal role for you?

R: I’m an actor, so I play many characters, in TV series such as in “Alias JJ” where I was portraying a DEA officer, in Tijuana; I also portrayed a candidate for governor of a State. I am not playing the bad guy all the time, but I have to admit that I LOVE playing the bad one.

A: At some point in your life, did you have to choose between your career and your family? 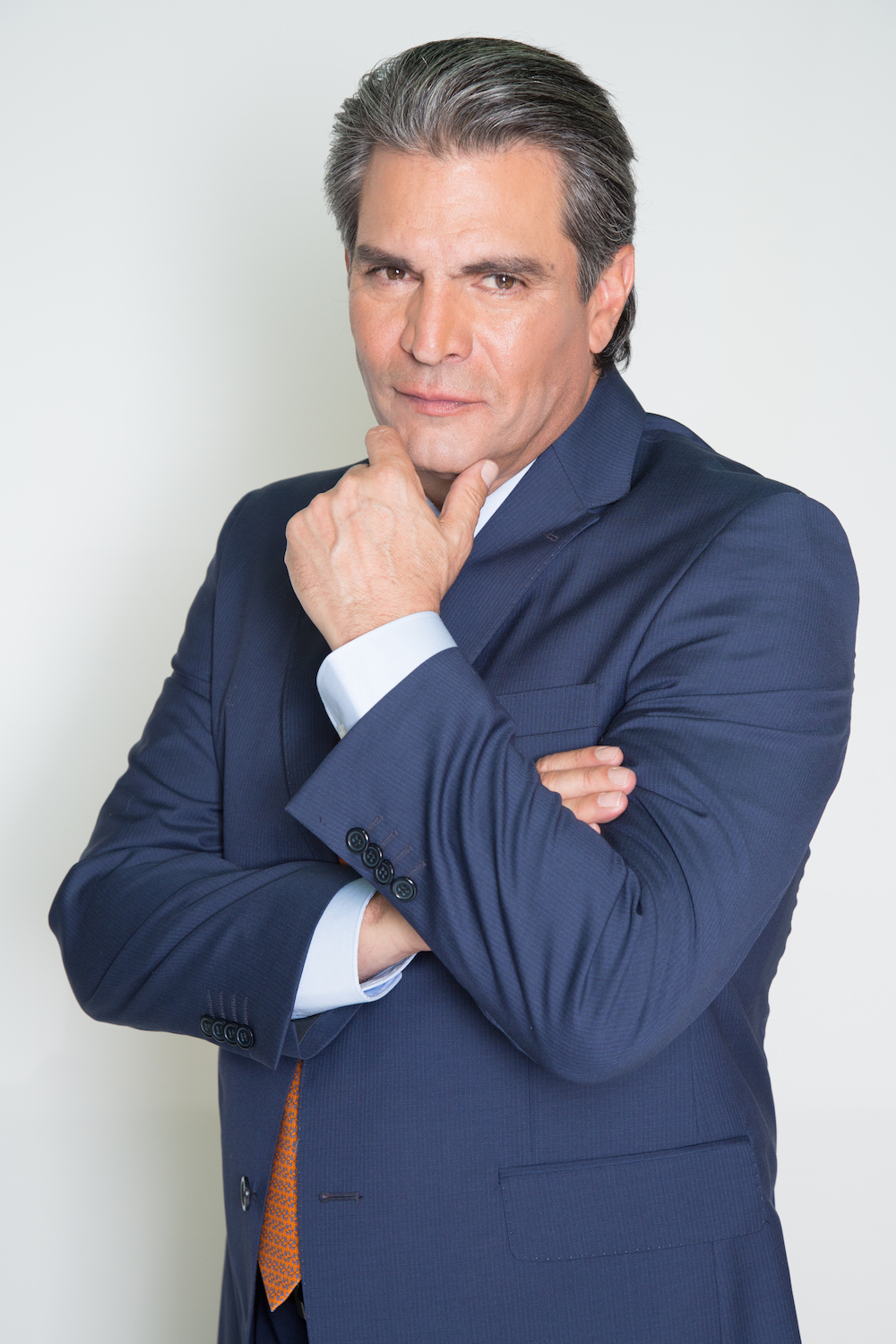 A: Name me, any dark moment that “scared” your life and want to forget it?

R:  I was going to land in Argentina and the pilot told us that one of the wheels didn’t got secured, so we put ourselves in emergency landing. You could see patrols, firemen and ambulances on the side of the runway. But after all, we landed with no problem, but it was a very tense landing. 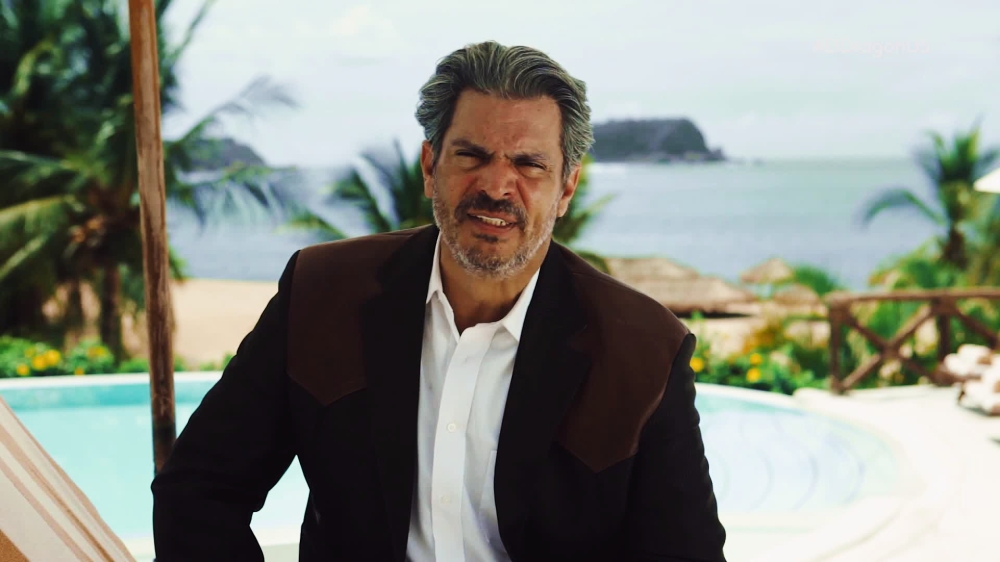 A: What was something that recently moved you?

R:  Well, I get to see my son once a year, since he lives in Czech Republic. I just saw him this past August. As you can imagine, seeing him after all this time, it is something that moves me!

A: As a citizen of Mexico City, what would you like to change on your country’s system? Would you run for Mayor or Politician?

R:  To be honest, I would change many things. I did not vote for the one that is President at the moment and I do not like the way he is doing things. As for the other part of your question, I will say that I don’t want to be a Politician, so the answer is negative.

A: Now, I’ll take you back in time and more specifically in 2000, when you played the role of José Antonio in “Milagros”.  What do you recall from that Telenovela?

R:  It was a great experience. Especially, working with Sonya Smith and with a whole Peruvian cast. I made a lot of friends there. It was my second production in Peru. 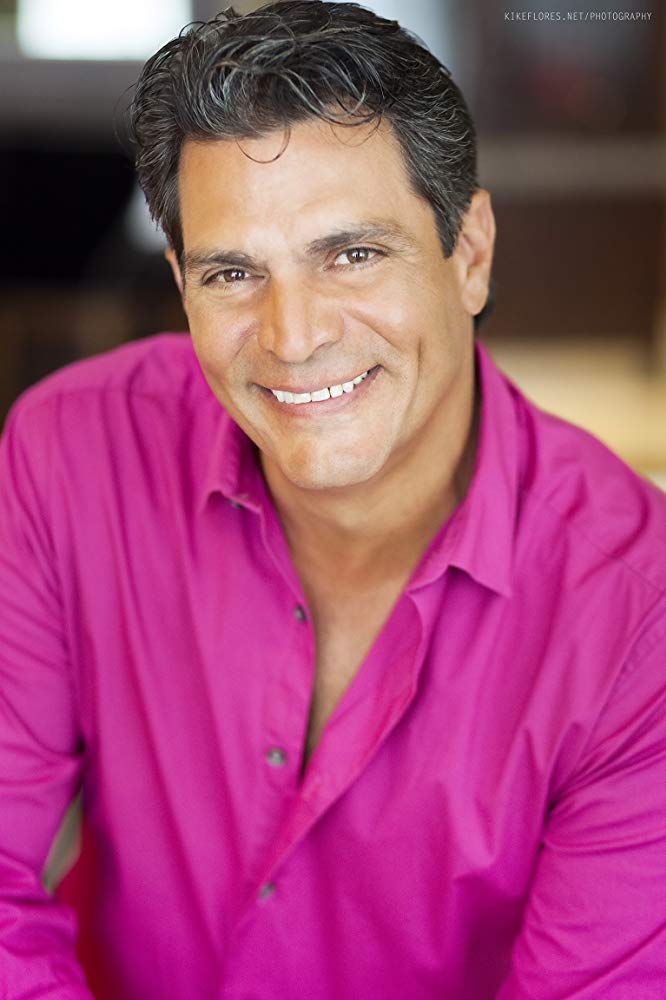 A: Recently, you are spouse and Spanish Actress Arancha Solis del Toro, posted a really sweet photo for your 8th anniversary. Time flies so fast. What do you admire the most about her and which moment with your reina wouldn’t change for anything?

R:  She is just a great woman and a great person. She always keeps pushing me to do great things on our job and life. We have a great relationship. We have been together for more than 8 years and we still have a lot of fun together; we laugh a lot and have good times. 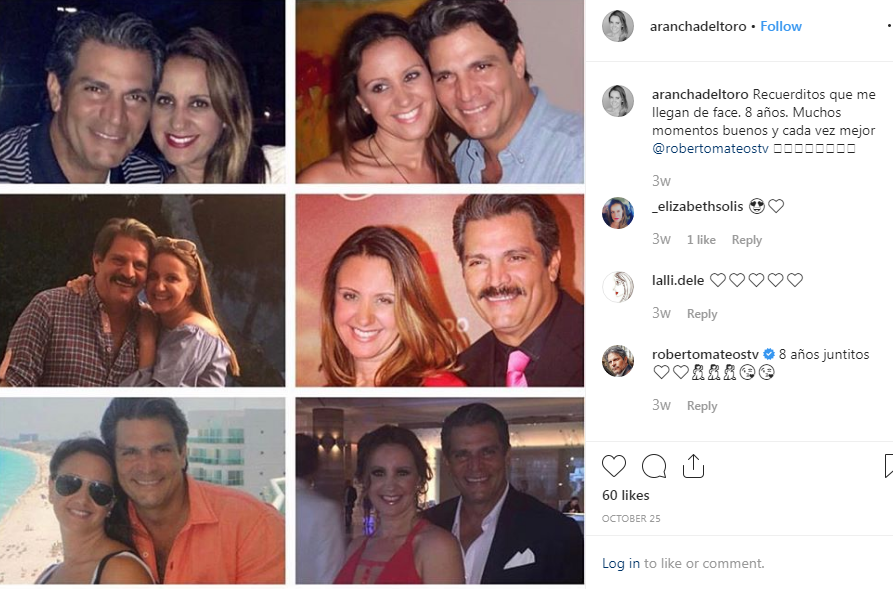 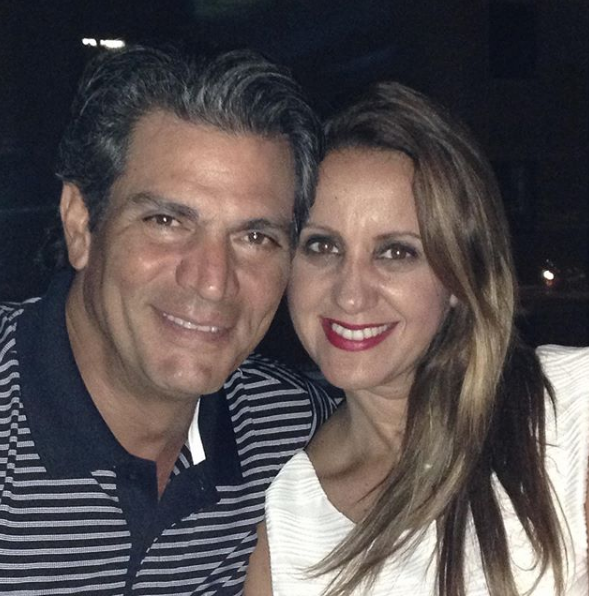 A: What happens in your country regularly that people in most countries would find strange or bizarre?

R:  Giving political asylum to a Dictator like Evo Morales. We do not want that guy here!

A: Speaking about countries. What is your opinion on the system of Greece? Would you take your wife for vacations there?

R:  I do not actually know about your system, but of course I would take my wife to visit Greece! That says a lot! 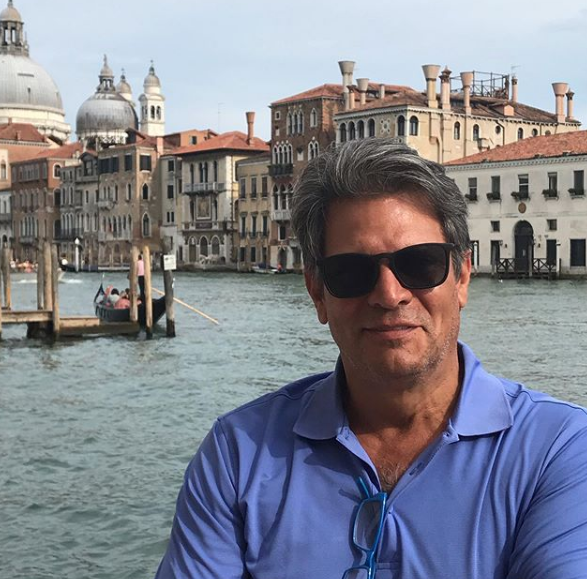 R: Just to be happy, keep working and be an example for my son!