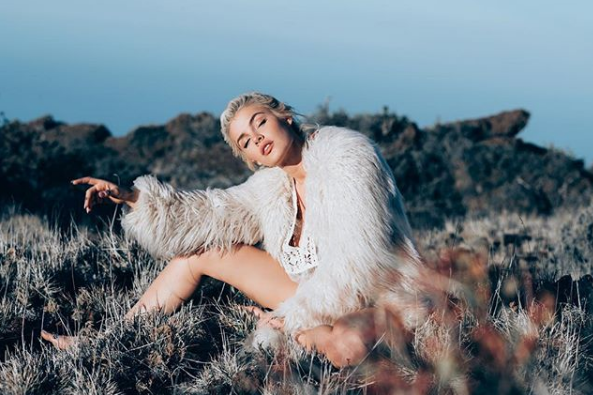 Truth is that in Los Angeles’ entertainment industry is hard to find authentic people who stay true to themselves after their fame. However, either you believe it or not, there are celebrities who are still the same individuals long before they became known around the world. Social Media Influencer, MakeUp guru and Musician Jean Watts makes the difference and gives her own star quality to the industry.

I had the pleasure to interview her on Anna Krith’s Lifestyle. Jean Watts, opens up about her music inner talent, her spirit animal and explains why she has as an Instagram profile picture Disney’s Alice in Wonderland. The beautiful LA based singer, also talks about her cosmetic line “Volt” and states that she puts on hold the launch of her line after Kylie Jenner announced the launch of her own product line. Read the interview below in order to find out more.

A: Music has always been a part of you, as you grew up in a music family. Did you have in mind that you were going to become a singer or it was something that came naturally?

J: It’s funny to say, but it wasn’t so much of knowing I was going to be one. I just always was one. Looking back at myself growing up, I was always singing in choir, gave concerts at recess, school musicals, sang at every football and basketball game, and wrote music through what I was dealing with. However, the innocents of doing it all because it was just in my soul and me doing it all on my own, not my parents advising me to do anything or pushing me, or me striving for the ‘Fame’ for myself (ego) is what makes it something. It was just stuff I did and stuff I liked and had visions for and saw them through at a young age. It’s just cool to realize all that now and kind of having that “it all makes sense”, when I didn’t think that much into it.

A: You are dancing skills are incredible. It is obvious even in your music video “Spirit Animal”. Would you consider the possibility to join the “Dancing with The Stars” team?
J: I love to dance; it is another form of art! Dancing with the Stars would be so much fun but I hope to do more shows and incorporate my dancing with my performances. I couldn’t imagine Music and Dance without one another.

A: Speaking about it, what is your spirit animal and why?

J: I took a test online, one of those fun Spirit Animal tests, and I was a sea turtle- which I think does fit-. I do feel pretty wise, I am very laid back, and go with the flow of on most things. My family now gives me turtle gifts for holidays. Lol

A: On your Instagram account, the profile picture is a cartoon – I think it is Cinderella, if I am not mistaken. Why is that? Do you find any similarities with this certain caricature? Also, would you be interested in playing in a movie that character?
J: Its actually Alice in Wonderland. I put Alice as my profile picture because that’s who I feel like a lot. Believe it or not, I always feel very out of place almost everywhere I go. The world is a strange place and I feel misunderstood a lot. Her curiosity is another characteristic that we share. I find the story of Alice in Wonderland is actually pretty dark, and I have gone through dark paths before and found myself in dark places and literally that movie is very relatable to me… even the flying cat. (Kidding).

A:  Is it true that in your free time you like to play PS4? What kind of games do you like the most?

J: Yeah, when I say that, people usually think its a typical, “I play video games I’m such a guy” thing. But I’m genuinely a gamer. My brother and I would play video games together for hours. We bonded a lot with that and it was kind of an escape from reality. I play now to get things off my mind and its fun to me. My favorite games right now is Uncharted4, The Last of Us, and Call of Duty Black Ops.

A: Now, tell me some details about “Volt” – The make-up line you are going to release (products, date of release etc). Have you tried the cosmetic line of Kylie Jenner?

J: My baby! Volt should be out by the holidays of this year. It’s taking a while because I’m custom making the components and perfecting the formula which I’m super excited about!! I actually never tried her lipstick yet. I’m not a huge liquid lipstick person, but when I mention my cosmetic line people almost ALWAYS bring up Kylie’s line. The frustrating part about it is that anyone who has followed me for some time now, knows I was the first to announce that I was releasing a cosmetic line starting with lipstick and lip-liners (2015). She released her line a year after I announced about Volt and our starting products. But after the announcement, I decided to put it on hold so I can focus on music first so people didn’t think I was a ‘makeup girl’ trying to do music. But I’m not going to lie, I almost died when I heard she was starting with lipstick and lip-liners. But I guess that’s what I get for:

a. Announcing it too early

b. Not doing it first.

It’s crazy to see how many cosmetic lines there are now. So it is intimidating, but it’s always has been in my life and something I am very passionate about and I think people will see that when they try and see the line; that its more than just another person trying to sell something. It’s its own entity and I’m very excited; its going to be electrifying 😉

A: You seem a really adventurous woman. What was the most risky thing you have ever done in your life?

J: The most risky thing I have ever done was definitely moving to LA by myself, but it was one of the best decisions I ever made. Risks are scary, but how will you ever really get anywhere without taking some risks?
A: What songs hit you with a wave of nostalgia every time you hear them?

J: Any Spice Girls or Britney Spears songs. Takes me back for sure. My mom loved the Spice Girls, too, so we bonded a lot when I was really little, by singing and dancing to their songs together. I have a lot of their songs on a playlist I have on Spotify called ‘Feel Good’. It’s always a fun throw back.

A: What trend are you tired of?

J: I don’t know if it counts as a trend, but people asking for you IG instead of your phone number. I don’t know why. It just sounds so self serving when people ask me. Like its rather they want to get another follower or scope yours and your social “value”. Whatever it is, its so un-genuine to me, and never find myself really wanting to be friends with anyone who’s asks me for my IG or social outlets before actually being genuine friends. People are lacking real connection and it’s sad.

A: Would you turn down an offer for singing in Mykonos, Greece in the summer? Have you ever been there?

J: Definitely not lol. I have never been, but I have seen pictures and heard about it from friends and definitely want to go! 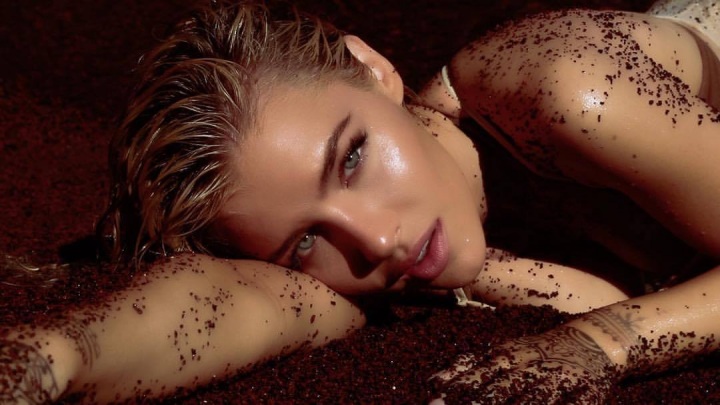 A: Would you want the ability to hear the thoughts of people near you if you couldn’t turn the ability off?

J: Not at all. I am so sensitive to peoples energies, it’s like reading minds. Even when it’s negative towards you, you kind of learn to respect it and not pay attention to it. But to the question, I’m definitely not a person who wishes they could hear peoples thoughts. I would wish to be able to fix their thoughts if it was sad or dark. Maybe a wish to bring happiness to peoples lives. Something more rewarding. 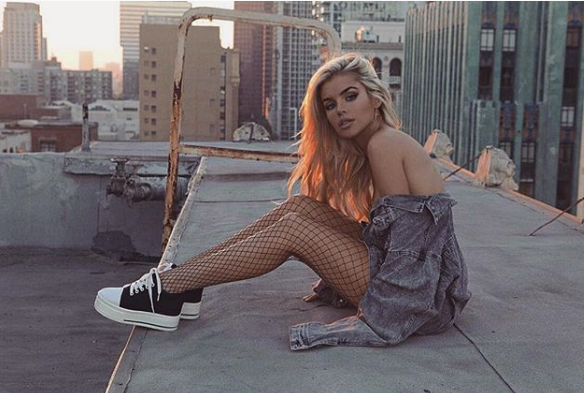