She is an actress, model and singer. She is multi-talented and a superstar in Argentina, Buenos Aires. The TV show “Los Vecinos en Guerra (Neighbours at War)” was a reference point in her career as it has made tremendous success in many countries around the globe. Nowadays, however, she is getting ready for a summer tour with her band “Modo Avion”.

All the aforementioned is for none other than the beautiful Argentinean Sabrina Fogolini, who took time from her busy schedule, in order to talk exclusively to “Anna Krith’s Lifestyle” about her new projects, the resemblance with British Model, Cara Delevingne and her dream to come in Greece after seeing pictures of the magnificent country.

A: You are from Argentina. Tell me about your more precious childhood moment.

S: I have many precious childhood moments but the best ones are what I am living now with my band Modo Avion.

A: The TV show ‘Los Vecinos en Guerra’ was really successful. What was the secret ingredient? Describe a funny moment.

S: I loved that TV show ! I think there is no ingredient. It just happened and I love that! Well, I have many funny moments but I can’t choose one.

A: Is there a TV show, you would like to see yourself playing in? It could be an American one.

A: Any plans for the summer?
S: Yes. My band and I will do a tour for the coast.

A: Have you ever visited Greece?
S: No, but is one of my dreams! I see pictures of Athens and Mykonos and i can’t believe how beautiful it is there! 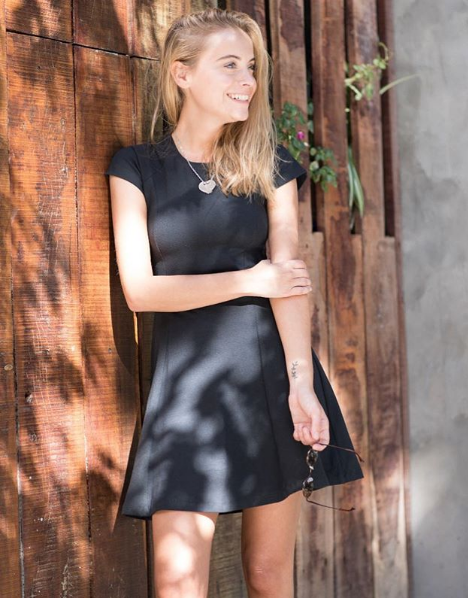 A: If you get caught in any trouble, whom you will rely to help you out?
S: Haha, that’s so funny. Just to be honest, I have no idea.

A: Are you working on any project?
S: Yes, of course! I am working on a project with my band.