William Shakespeare once said very aptly that “some are born great, some achieve greatness and some have greatness thrust upon them”; that phrase can describe perfectly our next interviewee, who has the ability to set goals and carry them out by just having natural gift.
This extraordinarily gifted actress is immediately charismatic, humble, funny and genuine. On top of her passion for acting, she has a strong interest for languages while she writes and produces films.
Her role as Tuval Yanıkoğlu in the Turkish drama series “Aşk Laftan Anlamaz” loved by the public and managed to win the hearts of millions of people worldwide, as the show dubbed in many countries around the globe and gained great popularity.
This person is none other than the multitalented German-Turkish actress, Demet Gül, who took the time out of her hectic schedule to be interviewed in “Anna Krith’s Lifestyle” about her childhood in Germany – when her father died when she was only 6 years old and her mother was pregnant to her sister at that time- then she talks about how she came to fame and that she “didn’t plan to go to Turkey” but fate has decided for her after they offered her the role of “Maşuka” which was written exclusively for her.

Gül, also talks about her role of Tuval Yanıkoğlu and expounds on the connections she shares with the character she played in the drama, while also admits her preference to take on challenging characters and her desire to take on film roles in different countries.

Meanwhile, the witty actress, confesses her “crush” on Greece, as she has never been before, but hopes to visit this year for holidays. Besides, she reveals a longing to learn to speak Greek, since during her studies she performed the song “Thalassa Platia”.
In conclusion, she states that some of her favourite Greek singers that make her “freak out” are Anna Vissi, Despina Vandi, and Kaiti Garbi.

Α: You are a German-Turkish actress. Tell me about your childhood and why did you decide to fulfill a career in Istanbul.
D: I was born in Stuttgart, Germany but my parents are from Turkey. They have met in Germany. My father has died too early in an accident at work when I was just 6 years old and my mother was pregnant to my sister at that time. Although, she has kept working and raised us all alone.

After school I decided to study acting at the prestigious State Academy of Performing Arts Otto-Falkenberg-Schule in Munich.  Subsequently, my studies, I performed in several productions of the Bavarian State Opera and in the leading theaters in Munich. In 2009, they offered me to play a leading role in the feature award-winning film “Almanya: Welcome to Germany” directed by Yasemin Samdereli and in 2011, the film premiered at the 61st Berlin International Film Festival in the section competition. 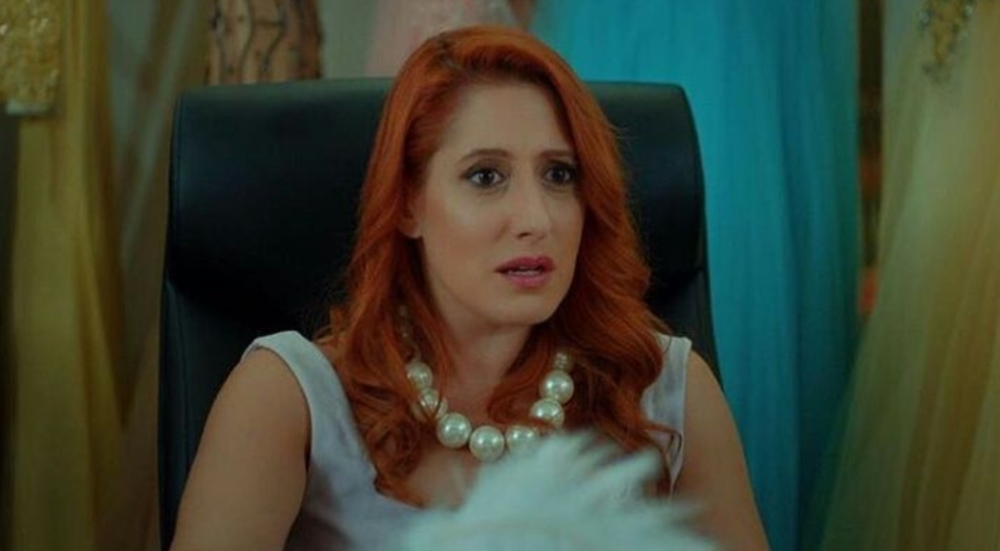 In Germany the film reached an audience of 1.5 million. “Almanya” was also screened at the Doha Tribeca Film Festival, Odessa, Toronto, Chicago, Hong Kong, Beirut, Edinburgh, San Francisco, Palm Springs among many others. It has been sold to over 20 countries.

In 2012, I was participating in the Berlinale Talents and after that, I started to produce and write films. One of them was a short film called The House in the Envelope, which has won several awards, including the International Bejing Short Film Award for the best foreign short film for and it is remarkable to mention that the production participated at different Film Festivals.

Since 2014, I am also shooting in Turkey for series and feature films. To be honest, I didn’t plan to go to Turkey but a production company offered me a role in the TV Series “Ulan Istanbul“, which was in pre-production. There was a role, which called “Masuka” and was specifically written for me. The Producers have seen me in my first movie “Almanya-Welcome to Germany” and wanted to collaborate with me. Simultaneously, I started rehearsing for a new theater play in Munich and I couldn’t leave before having my premiere, so the production company arranged it that my character joins the Series in the 4th episode. Everything happened so fast and I found myself in the plane to Istanbul; I started shooting the series and it became very successful and my character gained great popularity, so they extended my role. Currently, I am in a back-and-forth situation between Turkey and Germany.

A: How did you get the role of Tuval for the Turkish drama series ‘Aşk Laftan Anlamaz’?

D: The Producers of the show knew me from my previous projects and asked me, if I wanted to play the role of “Tuval”. I really liked the character and the project, so after a meeting with the Producer and the Director of the series, I said yes.

A: What was the funniest thing that happened to you during filming ‘Aşk Laftan Anlamaz’?

D: Well, there are a couple of funny moments during shooting the series. I had a lot of fun by playing “Tuval”; I made a lot of improvisation but honestly, I loved the moments when my character had to talk to herself or to the fairies. We also, had a lot of fun backstage with the crew and that kept our energy in high level.

A: Does your real ‘persona-character’ have similarities with Tuval?

D: Yes, of course. Sometimes, it is possible to have similarities with the character you play but as an actress, I believe that the concept behind acting is to create something new. In my opinion, finding a character is kind of cooking a dish; I take the script -as a base- and put different features to the character. But ideally, it is just mixing your work and the vision of a good Director. I am always curious in other people and their behaviour and I am using those characteristics for creating a new character.

A: What was the secret ingredient that contributed to the success of ‘Aşk Laftan Anlamaz’? Also, with which actor you have developed a strong friendship?
D: I can’t tell you why “Ask Laftan Anlamaz” was so successful. If I would know the “secret ingredient” for making TV series successful, I would sell that information for a lot of money. Just kidding! However, I am still in contact with some of my colleagues. 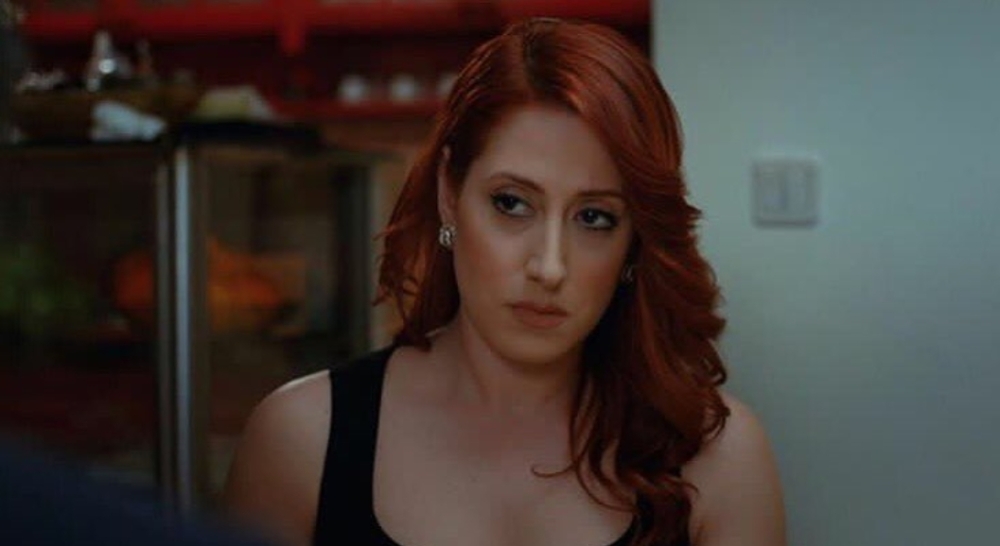 A: Except from a talented and charismatic actress, you are also a writer. Would you like to write a scenario for a TV series?
D: Thank you so much. Right now I am not planning to write a TV series but who knows? Maybe in the future. However, Turkish TV series have too long running times; if the running time would be fewer one day, I would consider it maybe. A mini-series with only 8-10 episodes could be nice. I just started to write a feature film and having another movie idea in the pipeline. Someday, I would also like to direct. One of my best friends -who is also an actress- told me she would love to play in a movie, which I would be directing but before that I have never thought about it. I really like the idea.

A: If that was the case, then what could possibly be the story of the scenario and who could star in the series?

D: It would definitely be a strong woman in the lead. In general, we have too less stories about strong women.

A: What kind of roles do you prefer and what’s your ultimate short-term goal as an actress?

D: I prefer roles that challenge me. It can be all genres. The more different the roles are, the better it is. My short-term goal as an actress is to play different and interesting roles. Also, shooting in different countries would be great.

A: What’s something your brain tries to make you do and you have to will yourself not to do it?

A: What makes you roll your eyes every time you hear it?

D: When people are constantly negative and complaining about everything. I hate that. I prefer to focus on the positive things.

Α: What goal do you think humanity is not focused enough on achieving?

D: Living in peace together for example and respecting other people who are different. There is also no respect for animals and our nature. Our simple goal should be respecting and taking care of each other.

A: When was the most inappropriate time you busted out in laughter?

D: I think busting out in laughter should never be inappropriate.

A: What topic could you spend hours talking about?

A: What famous person do people tell you that you most resemble?

D: I think there is no famous person, I resemble with.

A: What projects are you working on?

D: I just started writing my first feature film. Also we are in conversations for a new TV series and a movie.

A: Greece, Germany or USA for holidays? What’s the ideal vacation place for you?

D: Greece of course! Seriously, I have to visit Greece this year. I have never been to Greece before. Even, if I have never been there yet, I have a crush on Greece. I have had many Greek friends when I was a teenager and I remember going to Greek parties. I still love to go to taverns. I really love the language and I know just some words but would love to speak it, fluently.

However, during my studies I performed the song “Thalassa Platia” for an opening evening at the theater and I am always freaking out when I hear Anna Vissi, Despina Vandi or Kaiti Garbi.

Nevertheless, Muğla (a city in south-western Turkey) became one of my favorite places to go on holidays. In my job, I do not often have the chance to plan holidays and that is why it is really great to live in a country where you can combine it for going on vacation. Indeed, Turkey has so many beautiful places but I am also a huge fan of Italy and Spain. I love visiting my friends there. In general, it does not matter where you are. It is a matter of with who you are.