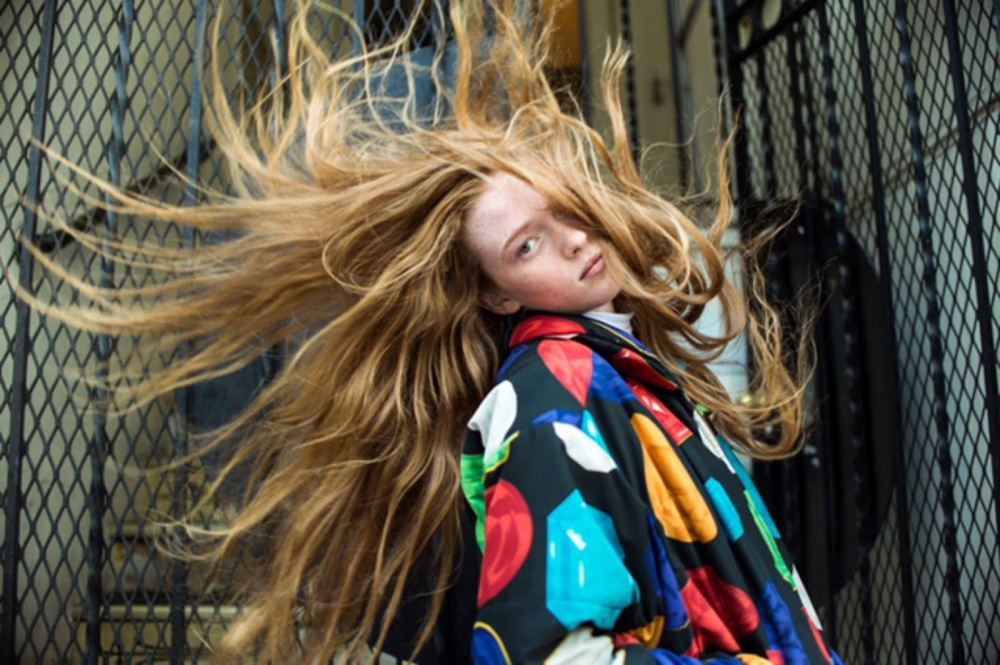 American beauty Larsen Thompson opens up about her childhood, breaking into the fashion industry, her biggest inspiration, her future plans and her collaborations with Pitbull and Christina Aguilera, in an exclusive interview.

The red-headed bombshell, model and dancer, gives credit to her “true friend” and fellow-model, Shaun Ross for taking her “under his wings” at her first New York Fashion Week appearance.

The native Californian, who just turned 16, is in the process of getting her driving license and she feels blessed to be doing what she really loves.

Opening up, about her achievement in the industry, Larsen says that she never took anything for granted. “I never take any of my achievements for granted as it can vanish tomorrow, so I only enjoy the moment. I try to work on projects that I can relate to and are fun” and she adds that her biggest achievement was working with American fashion designer, Betsey Johnson. “Working with Betsey Johnson is at the top of the list, she is a true fashion icon and innovator.” 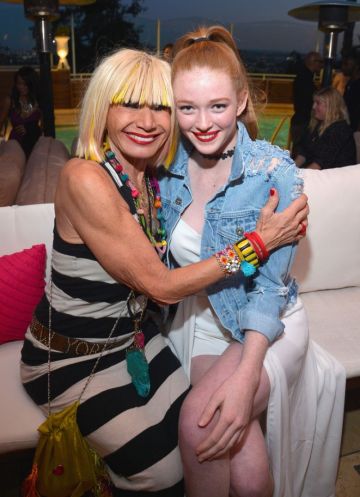 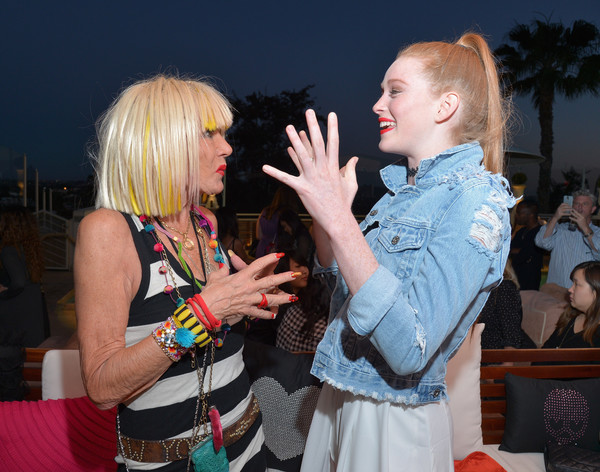 Professionally, dance isn’t all; Larsen, signed on with “Next Models Worldwide” agency and says that dance has “definitely been a great platform to launch from” while she explains that “Dance is all about motion and expressing yourself which helps a lot when performing in front of the camera for modeling”.

The -16-year old dancer, who is recognized within the industry for her work as a backup dancer on The X- Factor and Kids Teen Choice Awards for Christina Aguilera and Pitbull, recalls her first live television appearance. “I was fortunate to audition and get selected for the Kids Teen Choice Awards with some of my friends. Dancing with Pitbull and Christina was amazing plus getting slime was even better. Brian Friedman is my mentor and cast me for the X-Factor which was my first live television appearance dancing, so I was super nervous not to make a mistake”.

The charismatic girl from California, “look up to Kate Moss” as she believes that the British Model is “everything” while she gives credits to her “mentor”, Shaun Ross. “He has been a true friend and mentor in the modeling industry. He took me under his wings at my first NYC Fashion Week a few years ago and always being there for me. I am forever grateful!” 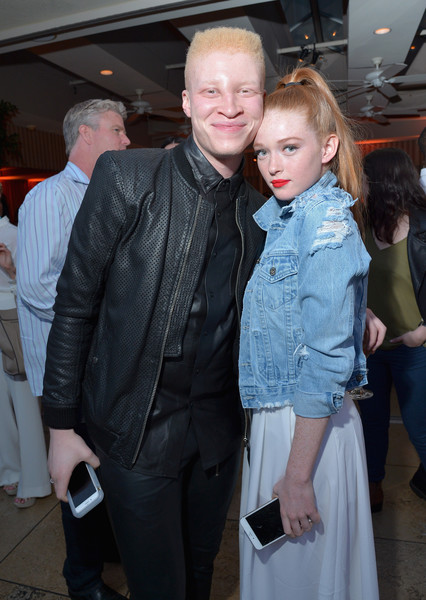 On her Instagram account, Larsen, has a really interesting caption as she quotes that she wants to “Change the world” and send out a message. “I want be people to be accepted and loved for who they are, not because of the color of their skin or beliefs. Just Be You! I try to share that on all of my social media channels to inspire, motivate, and create positive change.” 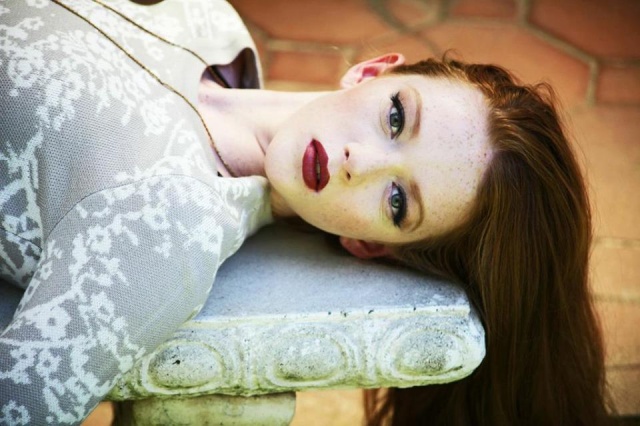 Someone once told me…

Speaking about motivation and inspiration, the-16- year old model shares the best advice she has ever received by saying that the secret recipe is training. “You have to work hard for your dreams and goals. Training training and more training prepare you for the next thing.”  On the other hand, the attractive and adorable teenage dancer gives advice to the girls that want to follow her traces. “I’ll advise them not to let others define them or limit their potential. Just work hard, be humble and of course themselves!” 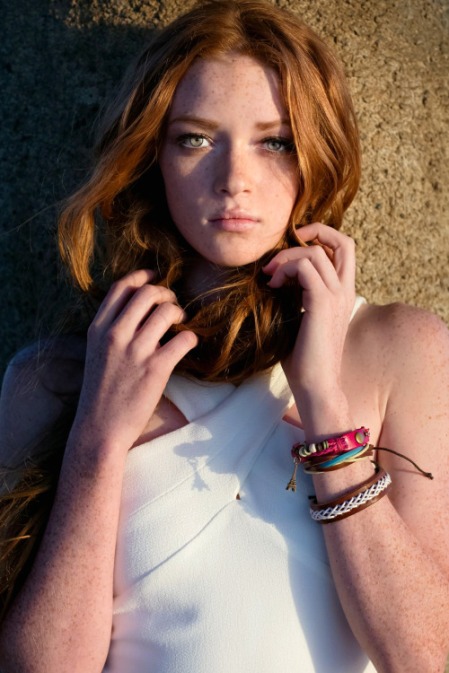 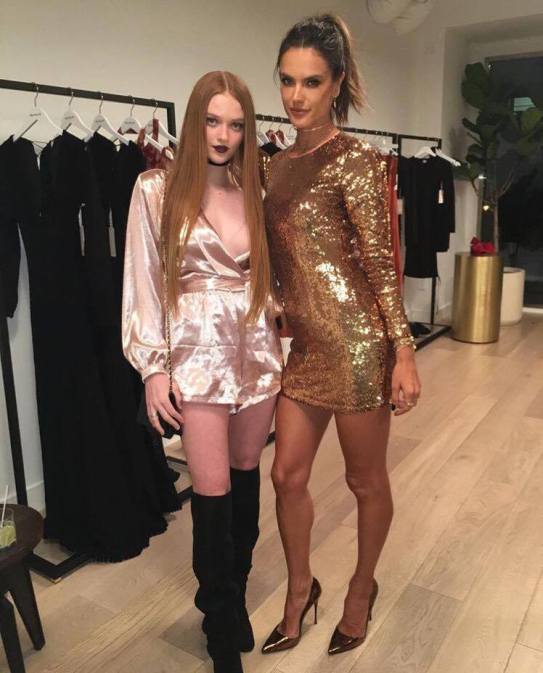 The sensational model just finished shooting with “Gap Fit” and “Hollister swim wear” while she is busy running new projects and conquer the fashion world.